首頁 > 行業資訊 > The $9 billion acquisition of SK Hynix is progressing smoothly and has been approved by the United States.

The $9 billion acquisition of SK Hynix is progressing smoothly and has been approved by the United States.

On March 12, according to Yonhap News Agency, South Korean semiconductor manufacturer SK Hynix’s acquisition of Intel’s NAND flash memory division has now been approved by the US regulatory agency Federal Trade Commission (FTC) and the US Committee on Foreign Investment in the United States (CFIUS). One step closer to a successful acquisition, the approval of China, the United Kingdom and other regulatory agencies is still needed.

This transaction was jointly announced by SK Hynix and Intel on October 20, Korea time to sign an acquisition agreement. According to the agreement, SK Hynix will acquire Intel's NAND flash memory and storage business for US$9 billion. The acquisition includes Intel's NANDSSD business, NAND components and wafer business, and its NAND flash memory manufacturing plant in Dalian, China. Intel will retain its unique Intel Optane business. 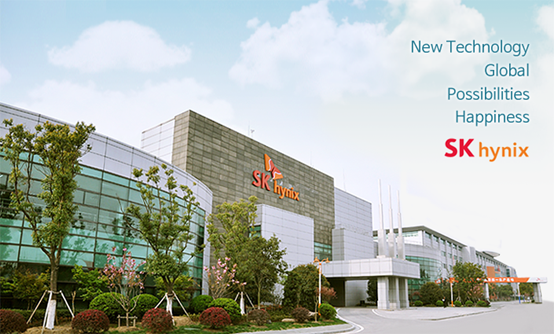 After the two companies have obtained relevant government licenses, SK Hynix will purchase the NANDSSD business (including NANDSSD-related intellectual property rights and employees) and the Dalian factory from Intel by paying a consideration of USD 7 billion for the first phase. After that, it is expected that at the final delivery in March 2025, SK Hynix will pay the balance of US$2 billion to acquire other related assets from Intel, including intellectual property rights related to the production and design of NAND flash memory wafers, R&D personnel, and employees of the Dalian factory. . According to the agreement, Intel will continue to manufacture NAND wafers at the Dalian flash memory manufacturing plant, and retain intellectual property (IP) related to the manufacture and design of NAND flash memory wafers until the final delivery date.

Complementary technologies, SK Hynix will rise to the second place after the merger

From a technical point of view, Intel still insists on using FloatingGate as the main production structure of 3DNANDFlash, which is different from the ChargeTrap structure used by other manufacturers such as SK Hynix, and there are considerable differences in the technical difficulty of etching.

If SK Hynix can obtain Intel's 3DNANDFlash production capacity, its competitiveness in the enterprise SSD field will be greatly enhanced. Next, only need to strike a balance between these two different product architecture clocks to bring maximum benefits.

It is estimated that after SK Hynix acquires Intel's production capacity, its NANDFlash market share will reach more than 20%, surpassing Kioxia, which originally ranked second, and ranked second only to the leader Samsung. It is important to note that this acquisition is limited to 3DNANDFlash related technology and production capacity, and does not include 3D-XPoint, an emerging memory technology that has received great attention from the market recently.

The Intel Dalian plant is the main production base of Intel’s 3DNAND SSD. It is Intel’s first new wafer fab since the establishment of its F10 wafer fab in Ireland in 1992. It is also Intel’s first wafer manufacturing plant in China and Asia ( In addition to the United States, Intel only has fabs in Ireland and Israel), with a total investment of 2.5 billion US dollars and a total construction area of 163,000 square meters, of which the clean plant area is 15,000 square meters.

It is reported that the Dalian plant started production in 2010, and was mainly engaged in the production of 65nm products before 2015. By 2015, it began to transform to produce 3DNAND storage products. After one year, it achieved mass production and established a new 68A plant in 2017. .

According to data, Intel announced in 2015 that it would invest 5.5 billion U.S. dollars (this is also Intel’s largest single investment in China so far) to upgrade the Dalian plant to Intel’s "non-volatile storage" manufacturing plant. This investment project will enable the Dalian plant Become one of the most advanced production centers using 300mm wafers in Intel's global manufacturing network of non-volatile memory products integrated circuits.

At present, the Dalian factory has adopted Intel's self-designed MES system, and the degree of automated production is very high. There are only a few staff in the entire workshop, and most of the time, the staff only need to remotely monitor the production of robots from their seats. The entire workshop can basically be automated.

According to the cooperation memorandum of understanding, SK Hynix will continue to invest and build after acquiring Intel's Dalian chip factory, and the Dalian Municipal People's Government will provide necessary support for the smooth handover and transition of the Dalian chip factory. In addition, SK Hynix will cooperate with the Dalian Municipal People's Government in a wider range of areas, including the establishment of Dalian's information technology industry innovation ecosystem and industrial clusters.

SK Hynix’s acquisition of Intel’s NANDFlash storage business will not only bring changes to the Korean business landscape, but also change the global storage industry pattern. After the acquisition, SK Hynix will become the world's second largest supplier in both DRAM and NANDFlash fields.