On April 21, Lam Research, a major semiconductor equipment manufacturer, released its 2021 third-quarter financial report. Revenue hit a record high of US$3.85 billion, higher than the previous estimate of US$3.72 billion, and reached the highest revenue in a single quarter. In comparison, revenue for the same period last year was $2.5 billion. Revenue for the quarter increased 54% compared to the same quarter last year. In the past four quarters, the company exceeded the market’s average expected revenue four times.

Lam Research continued to increase R&D investment, closing the market on Wednesday soaring 4.6% to US$641.25 per share, but the stock price fluctuated little after the after-hours financial report was released, falling 0.74% to US$636.5. Since the beginning of this year, Lam Research's stock price has risen about 31.7%, while the S&P 500 index has risen by 10.8%. 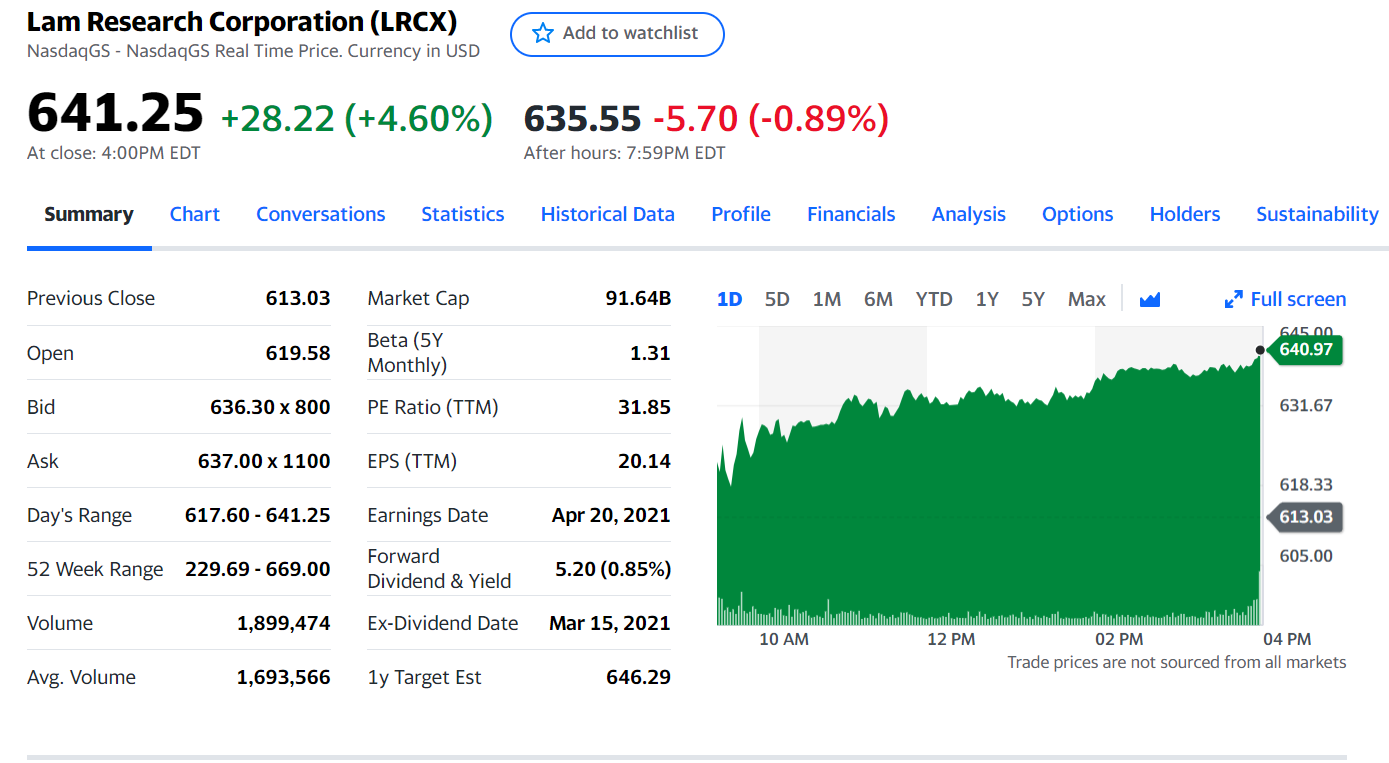 In terms of specific business distribution, the Lam Research system (including deposition, etching, and cleaning equipment) was US$2.545 billion, an annual increase of 55%; customer service was US$1.302 billion, an annual increase of 52%. Mr. Tim Archer, President and CEO of Panlin Group, said that the strategic importance of semiconductors has risen to a new high. Under the strong wafer manufacturing expenditure environment, the company has the advantage of customization and thus gains a favorable position in the market.

He said that as the demand for semiconductor technology continues to rise in various industries around the world, the entire industry is facing unprecedented broad prospects. In many areas, "China is the world's largest market, at the forefront of social digitalization, and it is also an important driving force for the growth of the global semiconductor industry." Regarding the future, Mr. Archer said that Fanlin Group will empower each other with colleagues in the industry, work together to advance technological changes, and jointly meet the continuous development opportunities in the new era. It is reported that Lam Research came to China in 1994. Over the past 27 years, Panlin has been actively committed to supporting the development of the semiconductor industry. Currently, it has 10 offices in mainland China with more than 700 employees. In the past, we have purchased billions of dollars worth of products and services in China, including key components in the deposition and etching equipment of Fanlin Group.