首頁 > 行業資訊 > Q2 The delivery price of automotive semiconductors has doubled, and the supply gap is still increasing?

Q2 The delivery price of automotive semiconductors has doubled, and the supply gap is still increasing?

Electronic Enthusiasts Network reported (text/Liang Haobin) Recently, it was reported that insiders from the Shenzhen factory of ON Semiconductor, a major automotive chip manufacturer, pointed out that its automotive IGBT orders are full and no longer accepting orders, but it does not rule out that there is a certain percentage of excess orders. Overbooking. 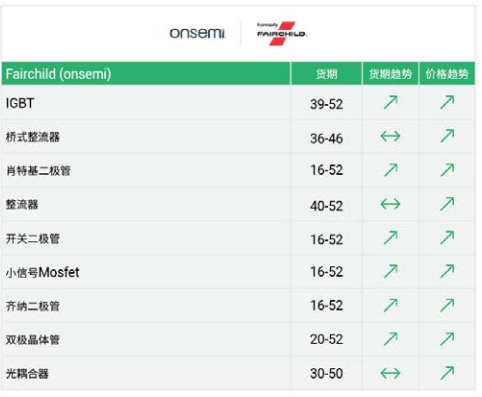 So now it seems that after the logistics problem is solved, the shortage of automotive chips still exists. In the fourth quarter of last year, the car core shortage problem showed signs of improvement for a time, but in 2022, the core shortage problem has once again become a big mountain in front of domestic and foreign car companies.

From the perspective of supply, the further increase in the penetration rate of new energy vehicles means that the demand for products such as electronic and electronic controls will grow exponentially. In the long run, it will be difficult for supply demand to keep up with demand growth. Since the number of ECUs (Electronic Control Units) currently used in electric vehicles is four to five times that of ordinary fuel vehicles, even if the growth of the entire passenger vehicle market slows down, the increase in the penetration rate of new energy will still provide upstream MCU and power devices. and other suppliers bring huge demand growth.

In terms of chip supply, the current production increase on the manufacturing side is still limited, including the recent suspension of orders for ON Semiconductor's automotive IGBTs, which can also reflect the dilemma of the supply side. The difficulty in supply is not only the problem of international brands. Recently, Xiaobian learned from a domestic automotive chip manufacturer that the current automotive MCU market is also very short. The company's products are in the state of distribution, and the delivery time has been extended by 50%. -55 weeks or so.

The expansion progress of traditional automotive chip IDM giants has not kept up with market demand for the time being. The expansion plans of Infineon, ST, ON Semiconductor, etc. may not climb to the planned production capacity until 2023. It is foreseeable that the supply gap of automotive chips may still not be objective within this year.